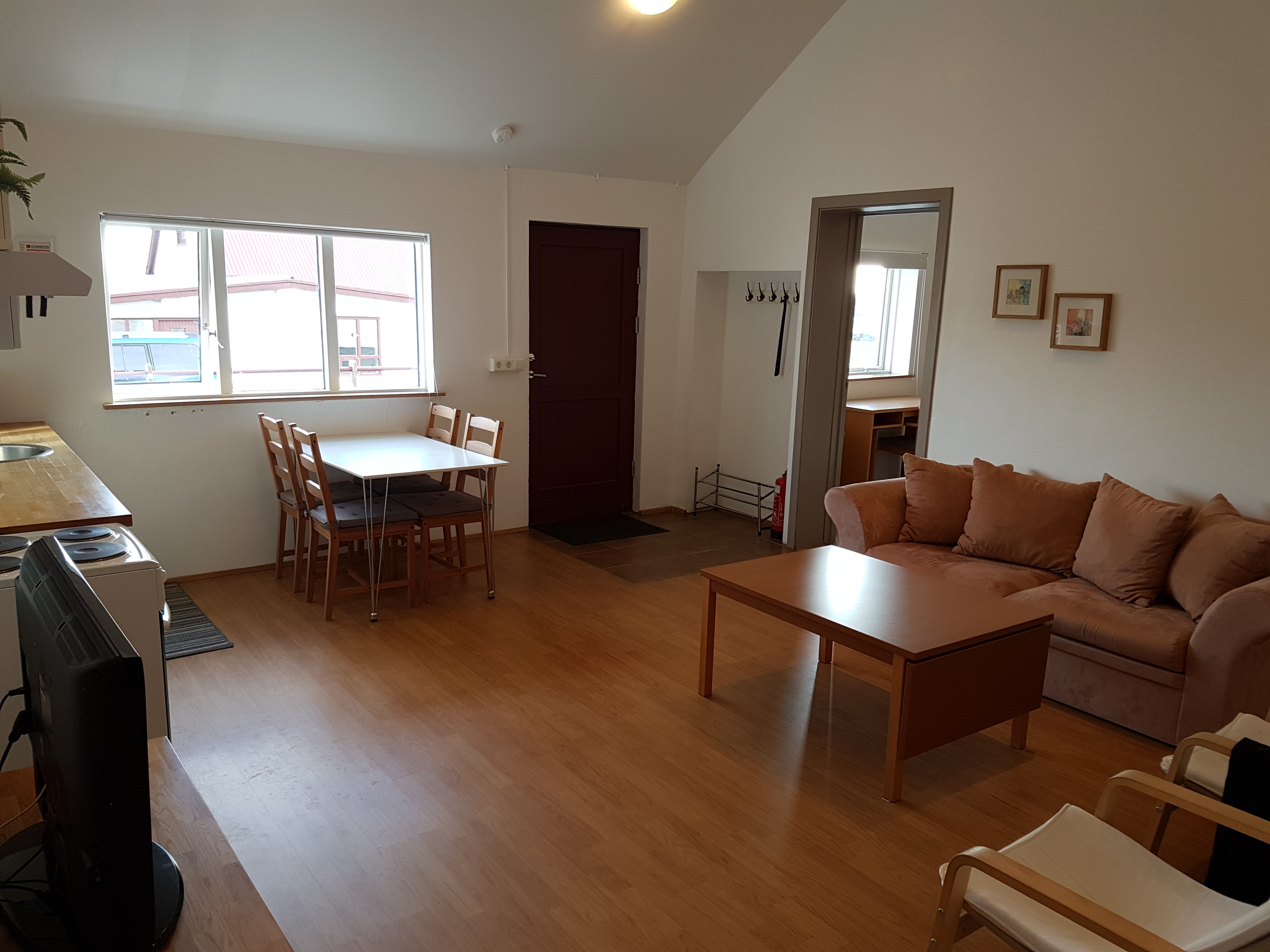 Two bedroom apartment with private bathroom and a full kitchen. 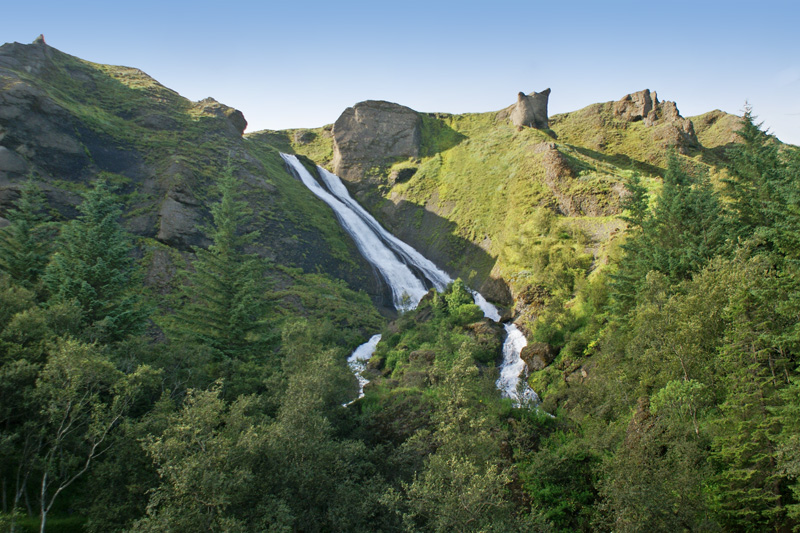 Systrastapi/Systrafoss – 25 km from Dalshöfði Guesthouse In 1186 a nun monastery was established in Kirkjubær á Síðu. It was later called Kirkjubæjarklaustur and the topographical names Systrastapi and Systrafoss are connected to this time. Systrastapi is a steep rocky hill west of Klaustur. Folklore says that on top of it, two nuns of the 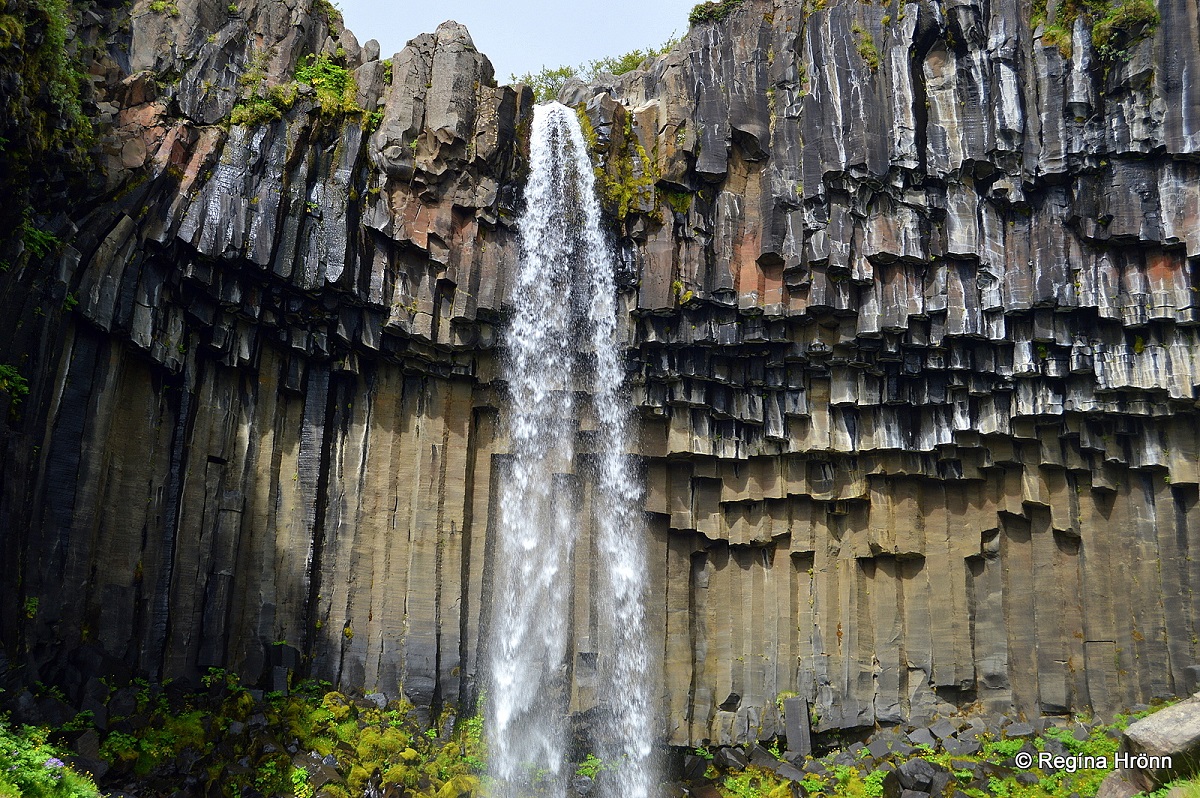 Skaftafell National park – 45 km from Dalshöfði Guesthouse Within Skaftafell, some of Iceland’s greatest natural treasures are to be found. The Skaftafell National Park was officially established September 15, 1967 and at that time it covered approximately 500 km2. The national park has twice been expanded. First June 27, 1984 when it was expanded 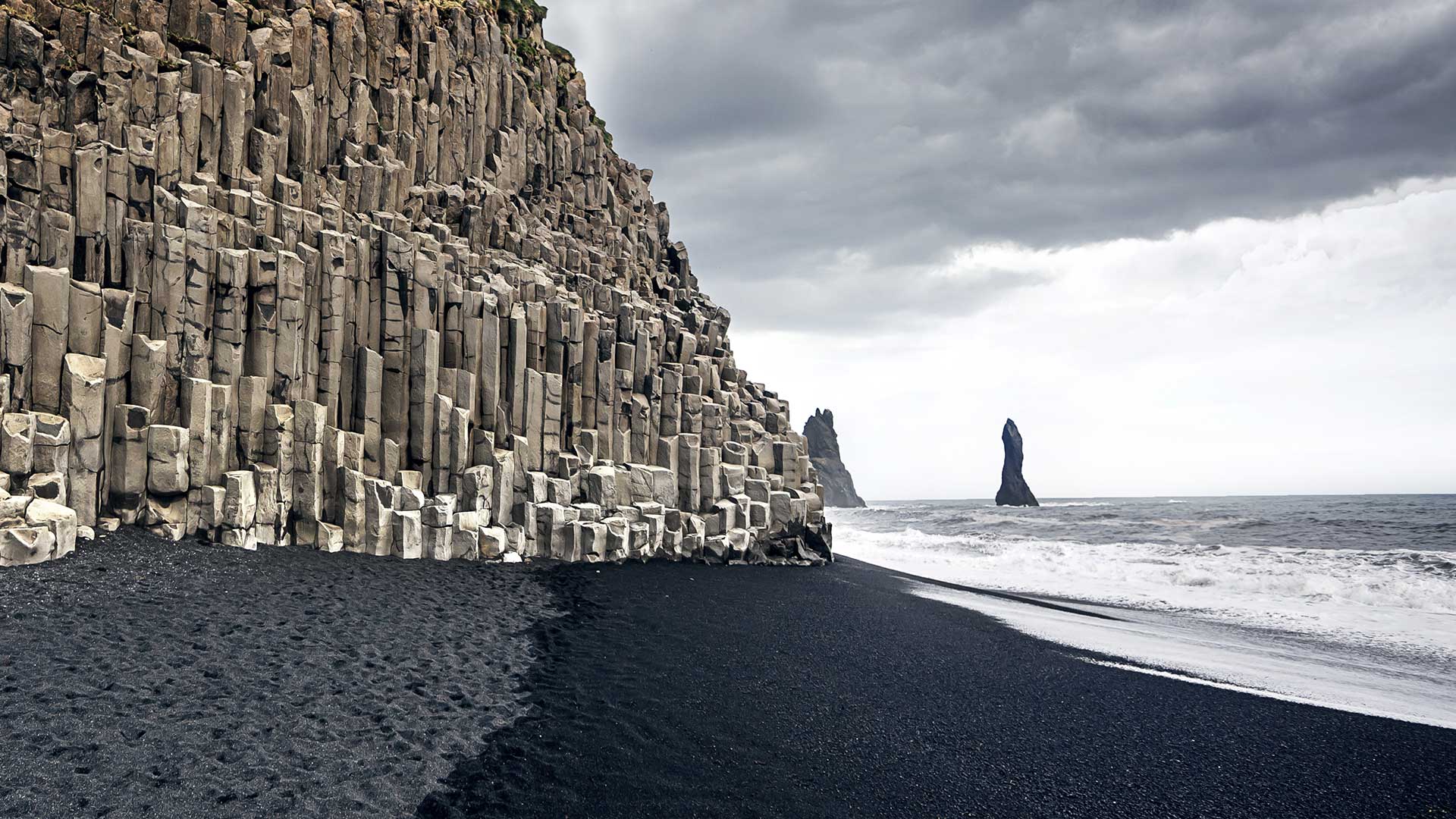 Reynisfjara/Black beach – 108 km from Dalshöfði Guesthouse Reynisfjara is some 180 kilometers from Reykjavik (perhaps 2 and half hour drive) and it is an easy drive on the ring road (Highway One). When traveling from Reykjavik you turn on road 215 to get there. It has pitch black sand and lots of pebbles which 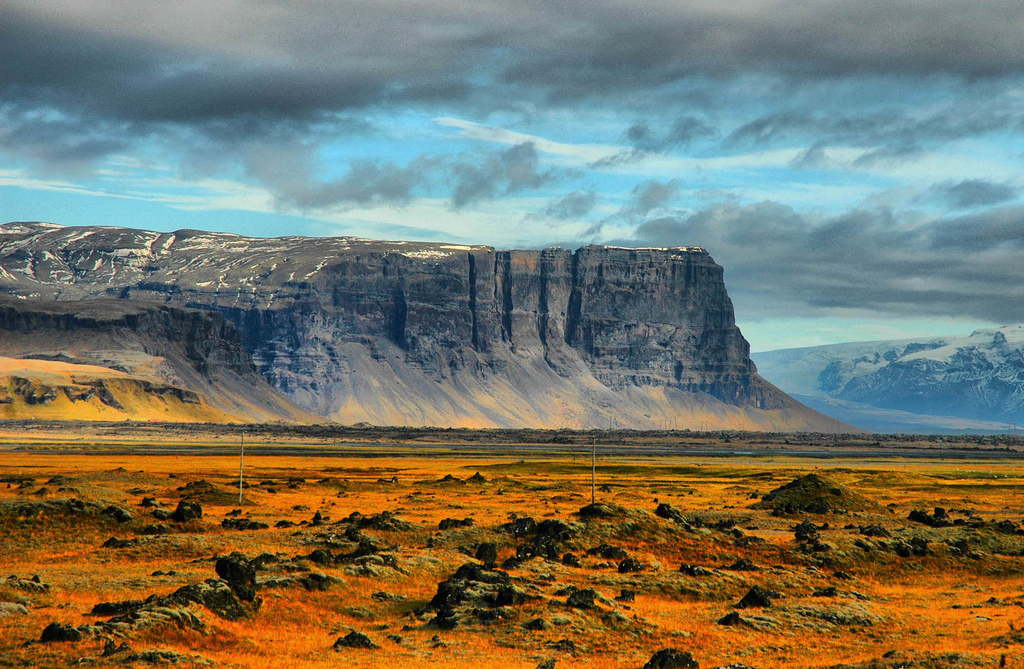 Lómagnúpur – 25 km from Dalshöfði Guesthouse The mountain Lómagnúpur is among the most photographed mountains and natural wonders in Icelandic Landscape. The 690 meters high cliff at the southern end of the mountain stands tall. Something visitors driving the Ring Road approaching the mountain can not but admire as it lifts from the endless sand Skeiðarársandur 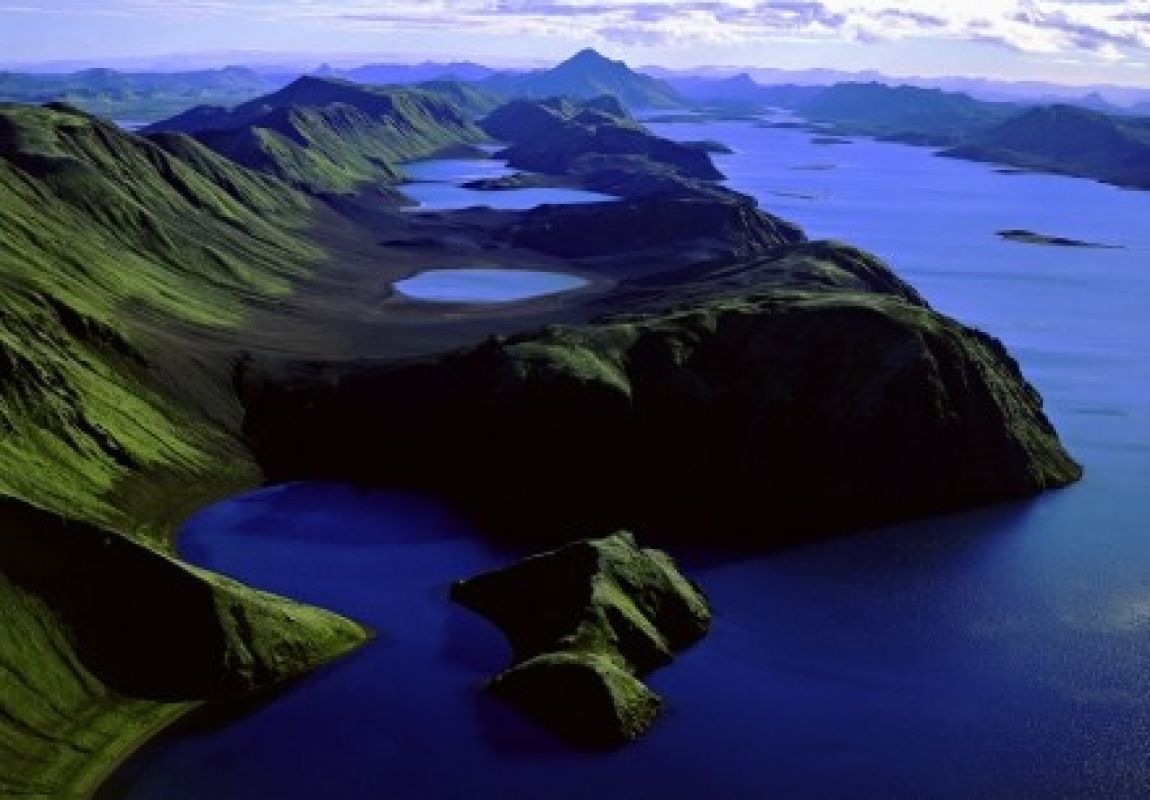 Langisjór – 94 km from Dalshöfði Guesthouse Langisjór is a lake that’s 20 km long and 2 km wide in some places. The lake is to the southwest of Vatnajökull, between the mountains Tungnárfjöll and Fögrufjöll, in a beautiful and picturesque landscape. Its square measure is 27 km², it reaches a depth of 75 m 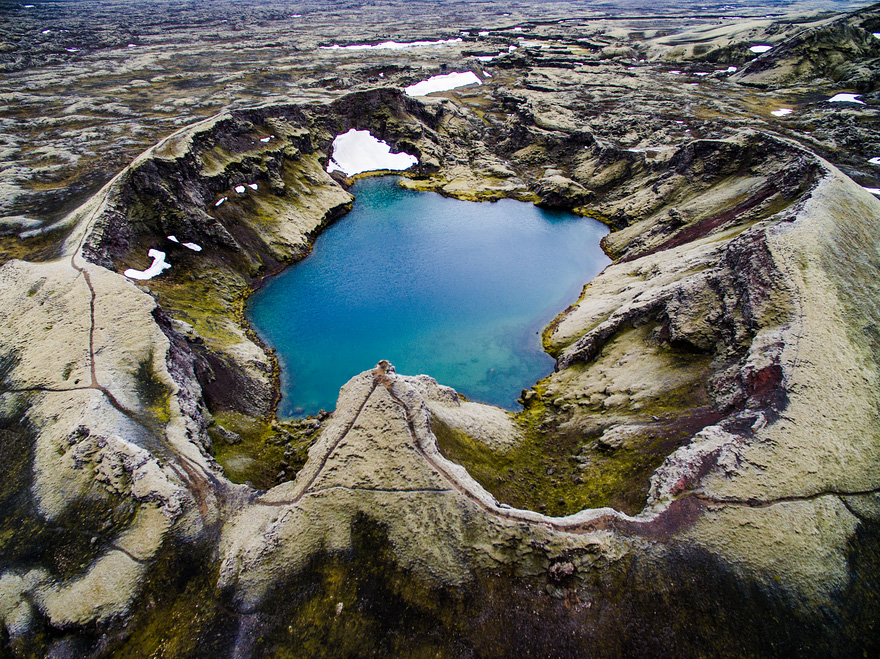 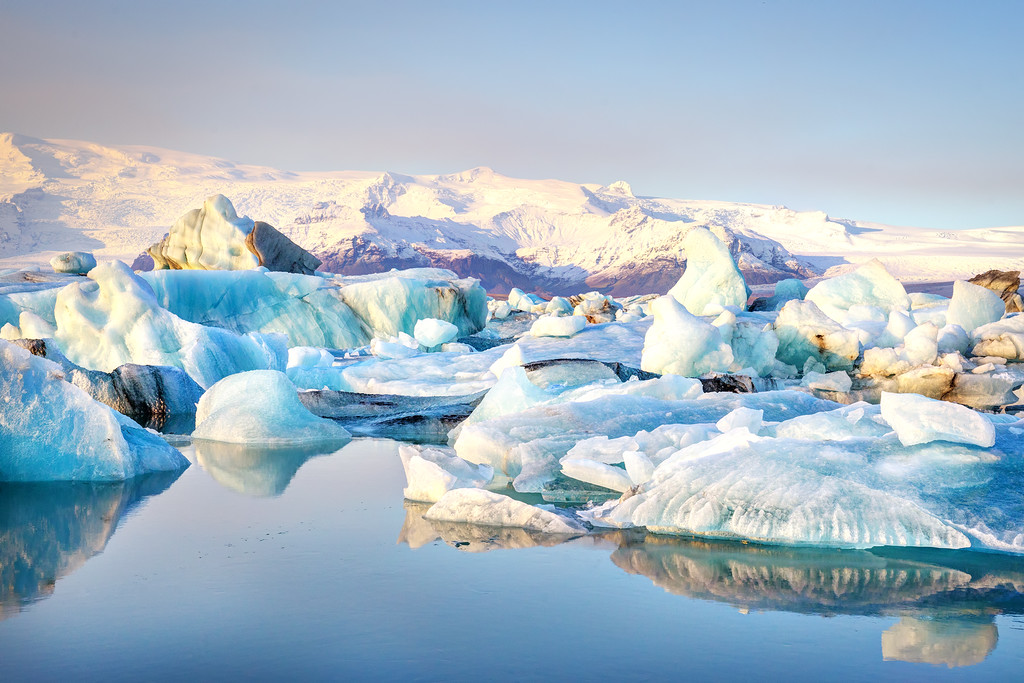 Jökulsárlón/Glacier lagoon – 100 km from Dalshöfði Guesthouse Jokulsarlon Glacier Lagoon is one of the most amazing natural wonders of Iceland and one of the most popular attractions for travelers to visit. The lagoon started to form in 1934 when the glacier started to retreat in the area. In 1956 the size of the lagoon 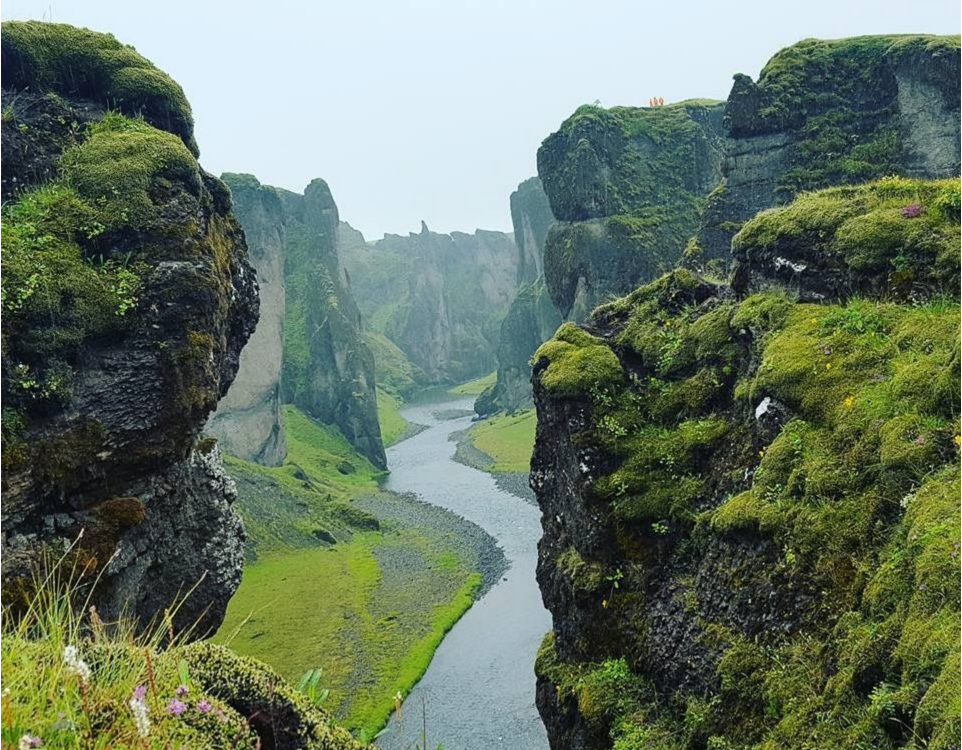 Fjaðrárgljúfur canyon – 32 km from Dalshöfði Guesthouse Fjaðrárgljúfur is a magnificent and massive canyon, about 100 meters deep and about two kilometres long. The canyon has sheer walls, and is somewhat serpentine and narrow. The bedrock in Fjaðrárgljúfur is mostly palagonite from cold periods of the Ice Age and is thought to be about 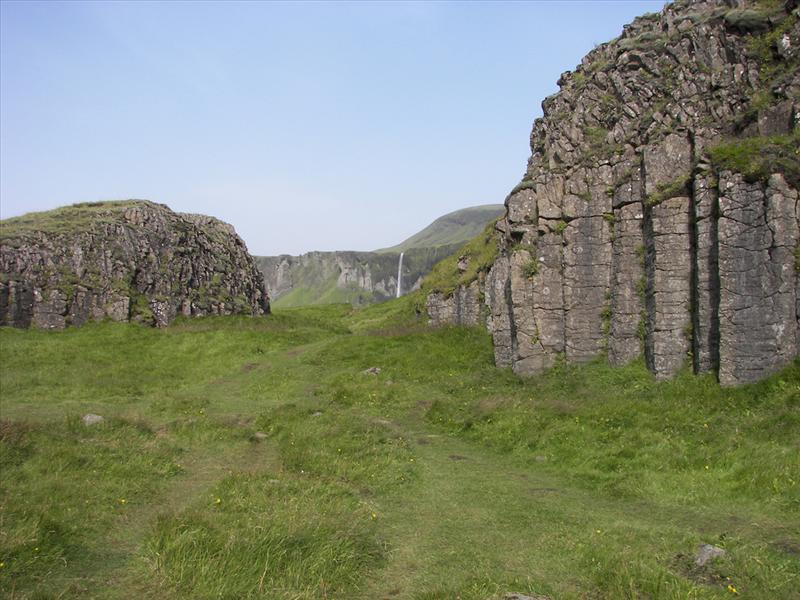 Dverghamrar/Dwarf rocks – 14 km from Dalshöfði Guesthouse Dverghamrar (Dwarf Rocks), just east of Foss á Síðu, are peculiar and beautiful formations of columnar basalt. On top of the columns there is cube-jointed basalt. The landscape is thought to have been moulded at the end of the Ice Age. The sea level was higher at